When Sport becomes a god 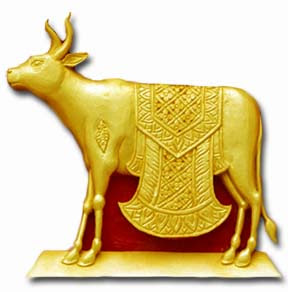 This article will appear in an upcoming edition of The Justin Texan:

Football season is in full swing. This means that high school, college and NFL teams are doing battle on the gridiron and fans are buying tickets, merchandise, paying for special packages on their cable and satellite services to see more games, and starting fantasy football leagues. Athletes are training, some are taking steroids, and parents are carting their first graders to football fields to don pads and helmets and learning how to crash into each other like miniature torpedoes.

I like football. I watch it now and then. I’m originally from Buffalo, NY and used to go to a few Buffalo Bills games a year. I’ve been to a few playoff games in sub-zero weather. I’ve even been to a home opener here in Dallas (which is tough for a die-hard Bills fan) when we got tickets for chump change. I used to be involved in a couple of fantasy leagues and even won a league once.

Here’s my question for myself and everyone else who likes football: at what point does our enjoyment of the game become idolatry? When do we cross the line from healthy enjoyment to outright obsession? Is it when we skip church to go to a game? When we pay more money for merchandise or football equipment than we give to a local church? When we care more about not missing a practice than whether or not our friends know Christ? When you know your team’s playbook better than you know the Bible? Where is that line?

I’ll leave the specific answer to that question to everyone who names the name of Christ and is involved with sport. But generally speaking, theologians agree that idolatry happens whenever something or someone becomes more important than God Himself. I think it’s safe to say that comparing the time, money, and energy we give to the Lord (lit. “Master”) and sport would be a good place to start.

Why do we do this? Why are we content with so little? We find more joy in watching a millionaire run across a chalk line carrying the skin of a pig than we do in the one, true living God! Isn’t there something wrong with this picture? We care more whether our kids, whose ages are measured in single digits, can hit, shoot a gap, throw a ball and make a play than we care whether they know Christ! We’d gladly trade their soul for a Super Bowl ring! “Dereliction of duty” does not begin to describe the father who would settle for such a trade. It’s spiritual child abuse.

Even while you are reading this, if you’ve read this far and not tossed this paper out in a fit of rage, you are accusing me of taking my Christianity too far. Oh really? How far are we supposed to take it? I seem to recall something about Jesus saying that if anyone wanted to come after Him, he must deny himself, take up his cross and follow Him! In other words, as Dietrich Bonhoeffer said, “He bids us come and die.” Pretty extreme, I know, but I don’t write the mail, I just deliver it.

What really mystifies me is that professing Christians idolize a false god. Could it be due to the fact that they can “see” football, games, sport and can’t physically see the living God that they claim to love, serve and adore? Augustine was once approached by a heathen who showed him his idol and said, “Here is my god. Where is yours?” Augustine replied, “I cannot show you my God; not because there is no God to show but because you have no eyes to see Him.”

Do you have eyes to see Him? Or are you blind to the beauty, the magnificence, the power of this living God that we claim to serve? Are you dazzled with Friday night lights or the glory of God?
Posted by Jon Speed at 6:33 AM No comments:

Saints, please watch this and be moved. Life is not a game. It is not designed for your personal comfort or amusement. This is a war.
Posted by Jon Speed at 2:47 PM No comments: